Cut off one penis its an accident. Cut off two and its a habit. This read more 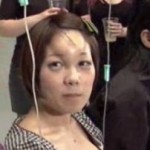 The Japanese body modification circuit has taken another unique twist. No longer content with bad teeth, the stylish elite in Japan are opting for a new forehead injection some have dubbed ‘Bagel Head.’

It starts with a technician inserting a needle into their forehead and injecting about 400 cc of saline (enough to cause a huge protrusion the size of a Krispy Kreme Donut). The technician then presses his thumb in the middle of the saline lump causing it to distort into the shape of a bagel. The end result is a stunning look that’s oddly similar to that guy from ‘To Serve Man.’

END_OF_DOCUMENT_TOKEN_TO_BE_REPLACED

New statistics released today by the American Society of Plastic Surgeons (ASPS) show that chin surgery or chin augmentation has grown in popularity in the past year – surpassing breast augmentation, Botox and liposuction growth rates combined in 2011. Could video chat be to blame?

Overall there was a 71% increase in procedures in the past year – with a 76% growth in men alone.

END_OF_DOCUMENT_TOKEN_TO_BE_REPLACED 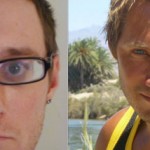 About three years ago Tim Barter fell from a drainpipe 25 feet in the air while trying to get back into his own house. When neighbors found him lying outside his home he had suffered a shattered eye socket, a broken leg, and brain hemorrhaging that put him in a 10-day coma. The resulting surgeries left him with a dented skull and major vision loss. Now, thanks to the wonders of modern medicine he has a rebuilt skull and its all propped up with fat from his stomach!

END_OF_DOCUMENT_TOKEN_TO_BE_REPLACED

Cut off one penis its an accident. Cut off two and its a habit. This is a habit that Miami urologist Paul Periot has been accused of. Apparently he mangled two different weens so badly that the members had to be removed completely. Also of note: when hes not chopping off wangs hes also been known to (allegedly) sell drugs from a local strip club.

Both cases involve the mens members contracting gangrene. Though in the defense of Periot both situations had some extenuating circumstances attached.

END_OF_DOCUMENT_TOKEN_TO_BE_REPLACED 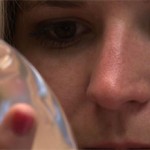 Models love coke and are only really good at standing still and looking pretty. So when you think about it, they would make really great drug mules. I mean, assuming you could keep them off the white stuff they were carrying. And this is exactly what one intrepid drug smuggling operation had in mind when they stuffed nearly six pounds of pure cocaine crystals into her fake breasts and buttocks and sent her back from Brazil to Italy. The only problem is that models are pretty terrible at just about anything that involves speaking or thinking. Thus their whole plan fell apart.

END_OF_DOCUMENT_TOKEN_TO_BE_REPLACED

Smoking Can Make Your Nipples Fall Off 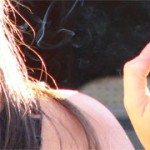 Plastic surgeon Anthony Youn, MD, has everyone talking today with his blog in which he reveals that the nicotine in cigarettes can cause breast lift patients’ nipples to fall off after surgery!

The nicotine, along with the carbon monoxide in the cigarette smoke, can diminish blood flow and essentially cause the tissue to necrotize and fall off. The only solution? Leeches.

END_OF_DOCUMENT_TOKEN_TO_BE_REPLACED 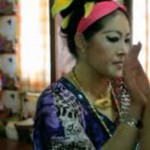 Hear that ladies? The next time your boss/co-worker/drunken father figure slaps your tiny breasts be sure to thank them! After all, they might just be trying to save you untold thousands in breast augmentation surgery in the future!

Khemmikka Na Songkhla’s, (aka ”Khunying Tobnom”) tit, face and ass slapping techniques have been approved by the Thailand government as an alternative to plastic surgery. The procedure works apparently by using a kneading technique, beating the area surrounding the breast pushing the surrounding fat into the breast and giving a fuller appearance.

END_OF_DOCUMENT_TOKEN_TO_BE_REPLACED 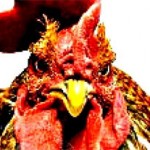 Three years ago a man by the name of Phillip Seaton of Waddy, KY had to go to the doctor for a routine circumcision. But when he woke up – about an inch of his penis was gone! He later had to have another doctor remove it completely. He’s now suing for what I can only assume is a million quadrillion dollars.

Seaton, well into his 60’s, was having the procedure back in 2007 to treat inflammation. But while he was down there Dr. John Patterson found out that Seaton had cancer in his penis and it absolutely had to be removed. The only problem is that, according to Seaton, neither he or his wife were even consulted about the amputation – let alone given the option for a second opinion. (Hey, at least they didn’t use a box cutter, amirite?)

END_OF_DOCUMENT_TOKEN_TO_BE_REPLACED

Could This Be the World’s First Successful Womb Transplant? 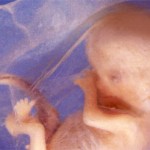 Swedish scientists believe that they’ve perfected a method to transplant a mother’s uterus into her daughter’s body and hope to have the procedure underway as early as next spring.

A UK woman, Eva Ottosson, 56, plans on donating her uterus to her 25-year-old daughter who was born with a rare condition known as Mayer Rokitansky Kuster Hauser (MRKH) syndrome causing her to be born without a uterus. If the procedure works, the daughter Sara (who lives in Stockholm) will have her own eggs fertilized with her boyfriend’s sperm and then implanted into her new womb.

END_OF_DOCUMENT_TOKEN_TO_BE_REPLACED 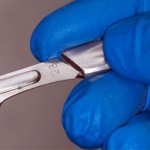 Good news for Medicare patients undergoing complex surgical procedures! A new study reveals that the survival rate for those on Medicare undergoing one of eight high-risk operations has risen dramatically!

The study, published in the New England Journal of Medicine, was conducted by looking at hospital records ranging from 1999-2008. Researchers found that in particular, those undergoing surgery to repair abdominal aortic aneurysms (or AAA) saw the sharpest decline in mortality with a death rate dropping 36% from 4.4 percent in 99-00 to 2.8 percent in 2007.